Episode 1 of The Meditation Course Handbook

What meditation is, and more importantly, what it isn’t.

Where is meditation from?

Meditation was first written about in India, about 2,500 years ago. There are statues of people meditating that are 3,000 years old.

At the time, meditation was at the heart of the Indian spiritual tradition, which was also the philosophy of the Indian warrior caste. This tradition is known as Yoga. At that time, Yoga did not have any movements or positions other than how to sit when meditating. The poses and movements came much later.

Meditation has stood the test of time. 2,500 years ago, India was the apex of global civilisation with many city-states. Their lives were quite similar to ours in many ways. There was finance, there was trade, wars, and geopolitical struggles. There was industry in the cities and the citizens competed for influence and wealth.

These meditations still form the core practices that I teach to beginners.

I began meditating in 1988. At the time, it was almost exclusively the practice of people that followed the Eastern wisdom traditions such as Buddhism and Hinduism. Because of this, the foundations of almost everything that I teach can be found in these traditions.
The best way to view it, is that the Eastern religions have curated meditation, in the same way that the Western religions curated art. Meditation can certainly be used for religious contemplation in the same way that art can, but it also stands on its own as a way of understanding our inner experience.

Meditation in the modern world

Over the course of the last 35 years, since I first began meditating, meditation has found its way into the modern world. Most of the people I speak to now have heard of meditation.

Back then, meditation was very much a minority sport and almost completely a religious practice.

If you search on YouTube for 'meditation', you will see that there are many videos that have been viewed hundreds of millions of times. None that I could find in the first two or three pages of the most viewed were actually mental training meditations. They were mainly adult bedtime stories (known as guided visualisations) designed to help listeners get to sleep by distracting them from their minds.

For meditation to be useful in your life, other than as a way of distracting yourself to aid sleep, it needs to be mental training. There need to be clear day-to-day benefits.

You are probably reading this because you want to learn to calm your mind, and become familiar and comfortable with your mind. You're in the right place.

Insomnia may well be a thing in your life, and I teach some very powerful practices that assist sleep, but you will want to be independent of having to listen to someone on YouTube to get to sleep. To gain this independent practice, your meditations need to be training rather than an external voice that you become dependent on.

If you learn the practices that I teach, they will work to reduce your worry, anxiety stress, and help you to build focus calmness and relaxation.

There are other practices that work in these areas, but these are the ones that I have taught In the 2,000 classes that I've taught since 2013. 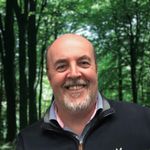